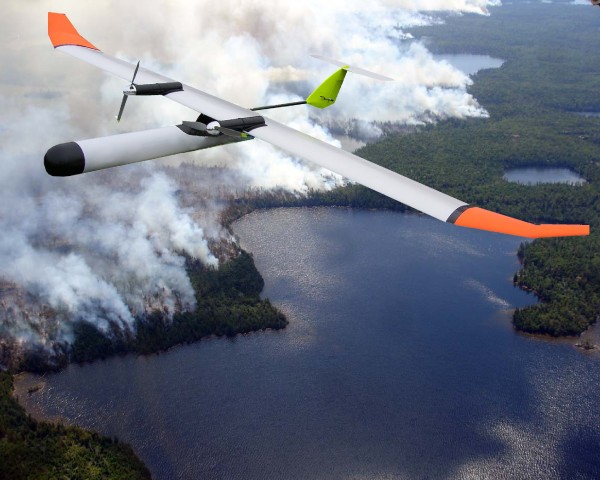 “This new funding represents more than an investment in a few concrete pads and buildings,” said Governor Brown. “It demonstrates that when presented with a unique chance to seize an innovative market, State government is poised to step forward to support the community leaders who are working hard to develop a new industry.”

Congress requires that research and development for commercial unmanned aerial vehicles (UAV) happen on test ranges approved by the Federal Aviation Administration. Oregon is one of just 13 states to receive that FAA approval and the only one on the West Coast. Pendleton is one of three Oregon test ranges.

Oregon is investing in these test ranges to attract entrepreneurs and companies that will develop UAVs and the software and parts that power them.

Business Oregon, the state’s economic development agency will provide $1.6 million in loans and grants to support the City of Pendleton’s ongoing work to build out its test range.

“Unmanned aerial systems are the future of the aviation industry,” said Sean Robbins, Business Oregon’s director. “The City of Pendleton and Blue Mountain Community College stepped up to invest in the UAS industry and it’s the state’s turn to help accelerate that growth. Business Oregon has supported the industry since 2009 and is proud to be a part of this project.”

The Phase II work includes four to six hangars, storage, and communications equipment. The total project cost will be $1.8 million. The City of Pendleton funded Phase I and will contribute another $146,000 to Phase II.

“We’ve made a significant investment as a community in unmanned aerial systems, and we believe this industry is about to take off,” said Pendleton Mayor Phillip Houk. “We think there are going to be some real opportunities for Pendleton and Eastern Oregon that will pay dividends for the state.”