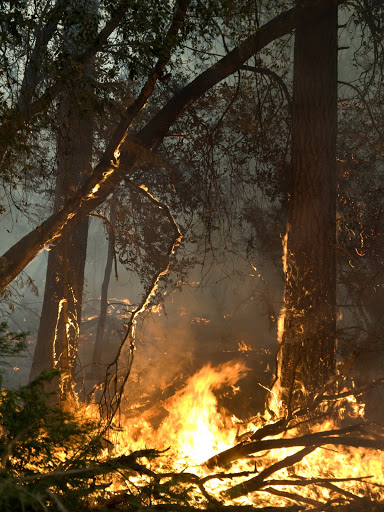 The Oregon Department of Forestry (ODF) spent $200 million putting wildfires out over the past two fire seasons. This does not take into account the dozens of homes lost, the impact to communities, and the loss of valuable natural resources. The cost of fire goes well beyond dollars and cents.

As May’s Wildfire Awareness Month comes to an end in Oregon, it is the hope of wildland fire protection agencies that the message has been received leading into what could be another catastrophic fire season.

“We’re faced with a daunting task,” says Oregon Department of Forestry Fire Prevention Coordinator Tom Fields. “With drought conditions plaguing much of the state, it is crystal clear that, as a society, we all need to put fire prevention practices front and center in our daily lives.”

Statewide under ODF’s protection of nearly 16 million acres, 70 percent of all wildfires are human-caused. Human-caused fires are anything not started by lightning and include but are not limited to outdoor debris burning, campfires, smoking, equipment use (including vehicles, power lines, lawn mowers, welding, etc.), fireworks, ammunition, exploding targets and arson.

While Fields says some fires are accidental, many result from carelessness. “It’s all about changing the way we do things and recognizing the warning signs.” Fields says that perhaps the best example of this is burning yard debris during warm, windy conditions. “People think that they are in control and are under the mindset that this will never happen to them. And as soon as the wind picks up and pushes flames and embers outside their burn pile, it’s off to the races and out of their control.”

Fire season is close. Each ODF District will go into fire season based on conditions in their respective areas. Things to prepare for when fire season arrives include: the end of unregulated outdoor debris burning (already prohibited in some areas); keeping campfires in approved campgrounds; and keeping vehicles on improved roads that are free of dry, flammable vegetation. Other activities forbidden during fire season within ODF protection boundaries include the use of sky lanterns, fireworks, tracer ammunition and exploding targets. Visit oregon.gov/odf for fire restrictions in your area or check with your local ODF office or fire department for more information.

Fields says that the severity of the 2015 fire season will depend on two key factors: Mother Nature and people. “There’s not a whole lot we can do about lightning except be prepared with firefighting resources before the storm hits. People, on the other hand, can make a huge difference in the success, or failure, of a challenging summer.”