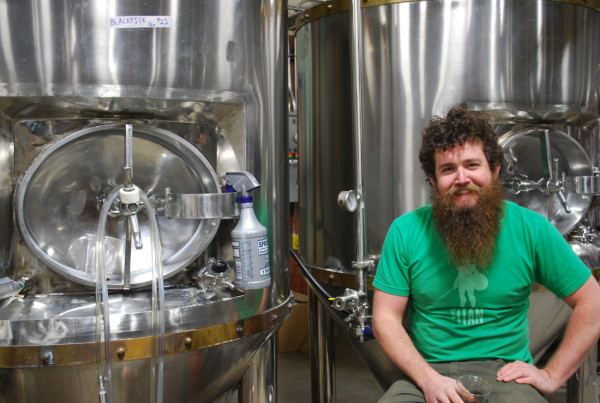 Ordnance Brewing, the much-anticipated Eastern Oregon craft brewery start-up, announces a limited opening of their taproom, effective immediately. To start, the taproom will be open Saturdays from 2:00 PM to 10:00 PM and Sundays from 2:00 PM to 6:00 PM. The brewery and taproom are located at 405 North Olson Road, in the Port of Morrow, behind ConAgra/Lamb Weston.

Brewmaster and Oregon-native, Logan Mayfield, will be featuring popular flagship brews such as the Full Metal Jacket (FMJ) India Pale Ale and the Rivercrest Kölsch among the tasting room’s fifteen taps, as well as special releases such as a Habanero Barleywine and a guest tap featuring D’s Wicked Cider from Kennewick, WA.
Future plans this summer include expanding tap room hours, adding food options and a formal grand opening tentatively scheduled for Saturday, August 1, 2015.

Founded in 2014, Ordnance Brewing was a vision between Hermiston friends and neighbors Craig Coleman and the late Mark McLeod. Their aim was to bring quality beer to Eastern Oregon and further advance the growth of the craft brew scene in the area.