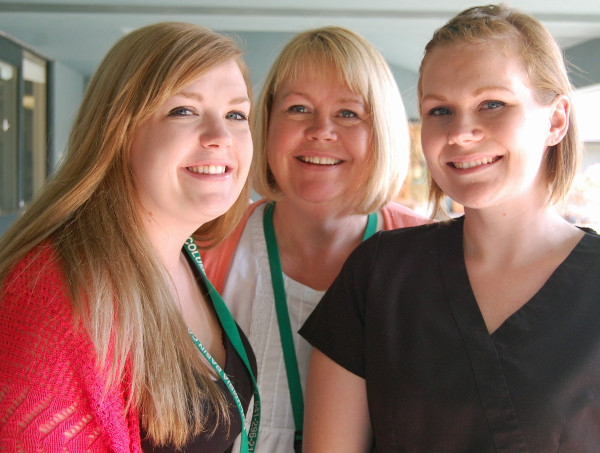 A nursing home seems an unlikely place for millennials to call home, but for Heather and Sara Sullivan, Columbia Basin Care has long been at the center of their lives.

“This is like our home,” says Heather Sullivan, a bubbly blonde, who grew up coming to work with her mother and growing close to residents and staff. “It’s family.”

“We’ve been involved our whole lives,” says Sara, a quiet woman with a calming smile.

“We joke that they are Basin babies,” says their mother.

Janet joined the team in 1989, and she has practical, hands-on knowledge of nearly every department. She’s filled many roles: certified nursing assistant, human resources director, activities director, and accounts payable. She is now the director of medical records.

“I like order,” says Janet. “I love to purge charts. It’s like cleaning a dirty floor and you see how nice and clean everything is when you’re done.”

But her work is more than just data. Her fondness for the residents of Columbia Basin Care is the driving force of her dedication.

It’s that blend of commitment and compassion that Janet has modeled for her children.

“She taught us a work ethic and loyalty,” says Heather, who joined Columbia Basin in 2007. “And she showed us how to have a positive attitude.”

While the health care industry offers many career opportunities — particularly with the swelling population of senior citizens — the Sullivans note that working in long-term care is not for everyone.

“You must be a team player, have a heart, and be a hard worker,” says Janet. “You must be
completely willing to get your hands dirty.”

The work can be stressful and emotionally draining, admits Sara, who has worked at Columbia Basin for three years. “You have to focus on the good parts of the job.”

The small moments matter, she says. A smile from a resident. A hand that holds yours in
appreciation. Easing a pain. Laughing with co-workers.

“I like helping others. It’s rewarding,” says Sara, “and I think I make an impact. The residents are family. We’ve become very close.”

And the family legacy may continue. Sara’s two-year-old daughter, Lily, is too young to know her future, but she’s already making appearances at Columbia Basin Care, where residents dote over the cheerful toddler. Like mother, like daughter.