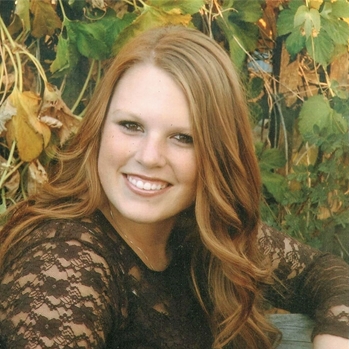 Queen Kylie will reign over the 106th Pendleton Round-Up. She is the 20 year old daughter of Craig and Candi Willis of Enterprise, Oregon. A graduate of Enterprise High School, Kylie is now a Dean’s List student at Lewis-Clark State College, Lewiston, Idaho where she studies business management. Queen Kylie represents a long line of family that has been involved in the Pendleton Round-Up since the 1950’s including her great-grandfather Harley Tucker who was a stock contractor, her great grandmother Bonnie Tucker, rodeo secretary for a number of years, her grandmother, two aunts, a cousin and her mother all being past princesses. Kylie has been riding horses for 16 years, was Queen of the 2012 Chief Joseph Days rodeo and a 2014 Pendleton Round-Up Princess. “I love Round-Up and all it stands for.” said Kylie “I am passionate about rodeo and what it represents. It’s the western lifestyle and people that live it motivate me.”

Princess Marlene is the 19 year old daughter of Berk Davis, Adams, Oregon and Twain Josephson, Meridian, Idaho. A graduate of Pendleton High School Princess Marlene is currently attending Blue Mountain Community College studying agriculture education. Princess Marlene has continued her family’s legacy following in the footsteps of a sister and cousin who served on past courts and has volunteered her time as a pennant bearer and was a grand entry flag bearer in 2015. Marlene has been riding horses all her life and participated in high school rodeo and participates currently in jackpot roping and barrel racing. Describing her upcoming participation on the court Princess Marlene said, “Family, legacy, community spirit, these four attributes are what the Pendleton Round-Up means to me.”

Princess Makenzi is the 18 year old daughter of Kevin and Angie Hughes of Heppner, Oregon. A graduate of Heppner High School she now attends Blue Mountain Community College studying agriculture education. Makenzi’s sister Jessica was a Pendleton Round-Up Princess in 2012. Makenzi has been riding horses all her life and this experience is accented by her active involvement in Future Farmers of America serving in leadership positions and 4H winning several awards including many in beef showmanship. “I plan to make the Pendleton Round-Up proud” said Princess Makenzi of her placement on the court, “by representing them as a cowgirl, ambassador for their town, and the community.”

Princess Ashely, age 20, is the daughter of Brian and Arlene Moore of Hermiston, Oregon. A graduate of Hermiston High School she now attends Oregon State University making the honor roll in 2014 and 2015. Her volunteer experience for Round-Up week includes assisting in the Children’s Rodeo and as a participant in the Happy Canyon Indian Pageant. Concentrating on riding horses over the last 8 years Princess Ashely has successfully participated in a variety of horsemanship show classes and trained a 3 year old gelding into a finished show horse. “It is an honor” said Ashely “to have the opportunity to commit my time, horsemanship, and passion for the community as a 2016 Pendleton Round-Up Court member.”

Princess Eliza, age 19, is the daughter of Mike and Diane Wagner of the Pendleton, Oregon. She is a graduate of Pendleton High School and is currently studying pre-medicine at Oregon State University. Princess Eliza has been volunteering for the Pendleton Round-Up for more than 10 years helping out as an usher, pennant bearer, and most recently in the gift shop and office. Her riding experience started at an early age showing in several classes of 4H horsemanship and most recently as a member of the Oregon High School Equestrian Team. “I will do my best as a 2016 Court member” Eliza said “to showcase the Pendleton Round-Up and all that it has to give to the community.”