From Barren to Blessed 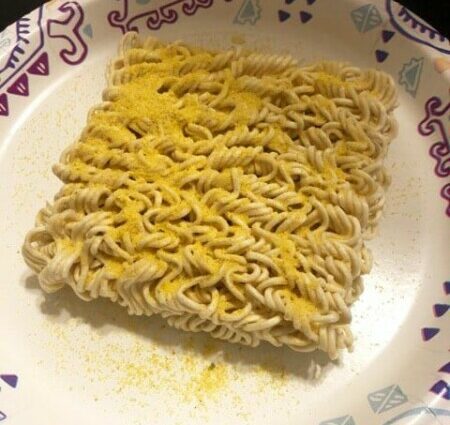 Caroline Bailey is the author of the blog, www.barrentoblessed.com. She can be found on Instagram and Facebook under the name: Barren to Blessed. Caroline survived a lethal infection at the age of eleven which led to a full hysterectomy. She is the youngest girl known to undergo a hysterectomy. Caroline’s blog is about infertility, faith, foster parenting and adoption.

On December 15, 2019 Caroline posted the following post on her Barren to Blessed Facebook page. It was written by her cousin Aubren Dudley. At the time of printing the post had been shared 174 thousand times and has more than 10 thousand comments.

“This is a MUST read. My cousin is a foster parent with five children. She and her husband recently adopted four out of the five siblings! It has been a joy to watch her in this journey – just like it was a joy watching her grow up. I love how she “keeps it real” when it comes to living the life of fostering and adoption. She shared this on her personal (Facebook) page and I reached out to her to share it here because it is just that good and so very relevant.

“Tonight, after 2.5 years of living here, my oldest son sat down at the table with this. He was about to chow down when I stopped him and asked what in the world he was doing.

He said, “I made myself dinner.”

“Well, I wanted to eat something I used to eat a lot with my old family.”
So we sat down and I asked him to tell me about it. He said that they wouldn’t feed him due to being passed out (you can guess why) and he would have to make dinner for himself and his brothers (2 and 4 months when they came to us). He said that all the money they had would be spent on cigarettes and other fun things and so he would find change in their van and would buy Ramen packets at the store down the street (at 6!!!!).
He said he didn’t know how to boil water, so he would eat it like this. And, he actually grew to like it. So, he would break it up for his sibling, and would try to make bottles for the baby (at 6!!!!!!).

Guys. I asked him to make me some. And, I sat there beside him and crunched it down with lots of water because it’s not great…and he just started talking about how the first time I made them Ramen, he wouldn’t eat it and I told him I remembered. He said it’s because it reminded him of his Ramen packets and he didn’t trust me (big thoughts for 9!).

He said he isn’t sad he’s not with his “old family” (his words) anymore, but that sometimes HE LIKES TO REMEMBER HOW STRONG HE HAD TO BE.
I write this so everyone knows, trauma isn’t healed quickly (sometimes never), an adoption doesn’t erase the past or the memories, kids can change, they will change with love, and to never give up on a kid because “they are hard”.

And then, I walked away in shock, in sadness, and so so so proud of how strong my baby is. He’s so wonderful. And, we love him so much.”
Friends, THIS is the life experience of kids who come from hard places. THIS is living a trauma-informed life. We can’t imagine what kids from hard places have lived through. It is not just about one act of abuse or neglect, it is about living in survival mode and doing it day in and day out. It is about making sure younger siblings are also surviving, even at the expense of childhood.

Trauma infuses itself into every pore. Kids just don’t forget it. Their brains and bodies won’t let them. Those of us privileged enough (yes, I said privileged) to enter into the lives of children with hard life experiences must be willing to sit down, eat uncooked Ramen noodles and listen. We must not give up. Our kids didn’t.”

“My cousin and I decided to post the story about her son because we both strongly believe that it would help give a picture of what childhood trauma does. It doesn’t go away when children are removed from neglectful environments. It certainly doesn’t disappear when adoption occurs. We were absolutely overwhelmed that the story took off like it did. It has reached over 19 million people worldwide with over 174,000 shares. We have received messages from people who are childhood trauma survivors as well as people who are now deciding that it is time to become foster parents. She and I both are thrilled that trauma is being discussed and we’re hopeful that people will stop and consider a child’s life history before assuming the worst about their behavior.

Aubren and I both live in southwest Missouri. Between us, we have seven children – all adopted! She and her husband are currently fostering the 5th sibling to the four she adopted. My husband, Bruce, my cousin and I all work in child welfare. We live and breathe childhood trauma.

Follow us
2020-01-16
Previous Post: C&S Wholesale Grocers Announces Support of Ahold Delhaize USA’s Transition to a Self-Distribution Network
Next Post: Bridge of the Gods from Start to Finish