Google Brings High-Speed Wifi to the Community of Celilo Village 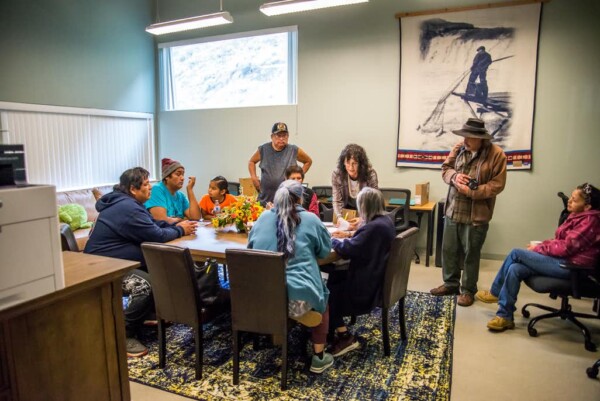 The Google partnership grant gives all 16 homes in the village, the Celilo Education Center and the longhouse, access to high-speed internet
History has been tough on the residents of Celilo Village. Once a community of Native residents thriving to overcome the disruption of their waterways and lands by the U.S. Army Corps of Engineers, the residents of Celilo Village, located roughly 90 miles outside of Portland, Oregon, have just received high-speed access to the world wide web.

In 1952, The U.S. Army Corps of Engineers began working on the infamous Dalles Dam, a massive two-mile-long concrete structure that took the Army five years to build. The aftermath caused the bustling waterways, including Celilo Falls to be submerged.

In the place where generations of tribes — who had traveled from as far away as the Great Lakes, Great Basin, and Great Plains areas — would gather, the loss of the Celilo Falls was devastating. The great horseshoe-shaped Celilo Falls was a waterway once lauded as “the Wall Street of the river,” by Ed Edmo, a Shoshone-Bannock poet and storyteller raised at Celilo Village.

Much to the disappointment of tribal leaders, tribal residents who saw their businesses sold, condemned and torn down — On March 10, 1957, the dam was completed, and the flood gates closed. Within six hours, the floods had buried the Celilo Falls underwater.

As part of the grant, all 16 homes, the Celilo Village Education Center and the community longhouse now have access to high-speed internet.
“More than anything, this wifi represents opportunity,” Celilo Village Chief Olsen Meanus said in the Google release. “From entertainment to taking online classes, to growing businesses, our residents now have the power of the Internet at their fingertips, and are more connected to opportunities throughout the state, the region, and the world.”

In the release, Dufur School District Superintendent Jack Henderson said, “Students today need reliable access to the Internet to compete on a global scale. We’re pleased to continue partnering with Google to bring educational opportunities to our students throughout the Columbia River Gorge.”

In addition to the high-speed internet service provided to residents, a computer lab was built in the education center complete with Google Chromebooks, new furniture, in an attempt to provide access to things such as paying bills, online schooling and more.

“Google strives to ensure all people have access to everything the internet has to offer,” Google’s Suzanne DePoe said in the release. “With this project, our hope is that Celilo residents can expand their educational opportunities, grow their businesses and achieve greater connectivity through the online world.”

“Google employees are proud to have worked to make this computer lab a reality, as it aligns with our commitment to education and connectivity in the region that we call home,” said Google Data Center Site Manager Richard Stillwell in the release. “We applaud the efforts of school district leadership and the Celilo Village and are looking forward to volunteering on future efforts.”