Cattlemen Care: Always Have, Always Will 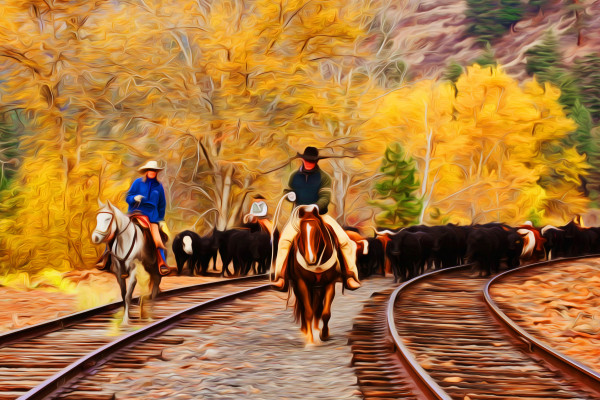 On Tuesday, March 31st, the Oregon Cattlemen’s Association Executive Board unanimously voted to amend the National Resource Conservation Fee program. The NRCF will now only be assessed in the five, core sage-grouse counties. These counties are, Baker, Malheur, Harney, Lake and Crook. Aside from the amendment stated here, all other provisions of the bill will remain including the five year sunset.

The bill has not yet been released from the legislative counsel as discussions are being held regarding amendments to HB 2401, also known as the Wild Bird Feed Excise Tax.

Since Oregon’s start in 1859, its land has needed to be worked and its livestock have needed to be cared for. Ranchers stepped up and took on the task; quiet leaders striving to keep nature thriving. Years later, some Oregonians question rancher’s support for the environment. Ranchers are bringing forward a public declaration of their support for conservation in the form of what the Oregon Cattlemen’s Association is calling a “Natural Resource Conservation Fee.”

The fee works by taking $1 per head assessment at the time of an already required brand inspection. It will then be up to local soil and water conservation districts to award that money to ranchers working on conservation projects to help the environment. The fee is not limited to one species or environmental concern, but goes toward any wildlife or environmental challenge individual counties are facing. Ranchers have to give toward the assessment in order to be eligible to receive money back for their conservation projects. There will be a 5 year sunset on the bill.

Ray Sessler, president of the Oregon Cattlemen’s Association, said, “(the fee) is a public declaration of what ranchers have been working hard to accomplish all along. That is, take care of Oregon’s environment.” He said the cattlemen are self-assessing themselves in order to help not only the environment and wildlife, but Oregon’s communities as well.

The fee will work to assist ranchers with a variety of conservation projects. John O’Keeffe, president elect of the Oregon Cattlemen’s Association, said he is optimistic the fee will add additional support to stabilizing ranching communities. He also wants the public to see how hard ranchers work to keep Oregon’s wildlife healthy. “I hope the public will appreciate the livestock industry stepping up to bring forward resources to conserve these species,” O’Keeffe said.

Brett Brownscombe, acting deputy director for Oregon Department of Fish and Wildlife, believes the bill has great potential to help prevent a Sage-Grouse listing. Brownscombe also noted that this is not the first action ranchers have taken to help support conservation. “This fee adds to their efforts. An ounce of prevention is worth a pound of cure,” he said.

The efforts of Oregon ranchers are not going un-noticed. Paul Henson, state supervisor for USFW, said, “In general, I have been very impressed by OCA’s and local ranchers’ honest and constructive participation in these efforts to find collaborative ways to avoid the need to list the Sage-Grouse.” Henson added, “They have been making some significant sacrifices of their time and resources.”
& nbsp;
As a hard-working Oregon rancher, Sharp hopes the public will realize one large concept from this bill; “Ranchers are conservationists too.” While the Cattlemen’s Association prepares to move the bill forward, O’Keeffe notes that this isn’t some last resort effort, but rather an outward declaration of years of behind the scenes work. “Ranchers are in this for the long haul.”

The Oregon Cattlemen’s Association was founded in 1913 and works to promote environmentally and socially sound industry practices, improve and strengthen the economics of the industry, and protect its industry communities and private property rights.