The Rocks District AVA Gains Approval from the TTB

By: gorgeb
In: Food & Drink 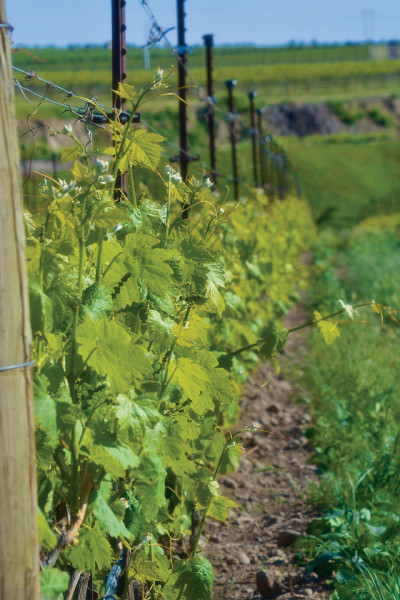 WALLA WALLA VALLEY, Wash., Feb. 6. 2015 /PRNewswire-USNewswire/ — The Alcohol and Tobacco Tax and Trade Bureau (TTB) today announced it will establish The Rocks District of Milton-Freewater as the newest American Viticulture Area (AVA) on Monday, Feb. 9. The AVA is situated on an alluvial fan of the Walla Walla River, where the river exits the foothills of the Blue Mountains and enters the Walla Walla Valley. It lies entirely within the state of Oregon and includes part of the town of Milton-Freewater. The area contained within the Rocks District also lies within the Walla Walla Valley AVA, which in turn is entirely within the larger Columbia Valley AVA.

The distinguishing feature of The Rocks District of Milton-Freewater is its soil, which consists primarily of dark-colored basalt cobblestones. The cobblestone-rich soil is very well drained, which encourages the vines to root deeply. Due to their coarse texture, the soils are not easily eroded, so cover crops are not required and the cobblestones can be left exposed on the surface where they absorb solar radiation. Heat from the sun-warmed stones promotes growth early in the season and assists ripening during the late summer and early fall.

Nineteen wine producers have vineyards within the boundaries of The Rocks District of Milton-Freewater AVA, which contains approximately 3,770 acres and currently has approximately 250 acres of commercially producing vineyards. The AVA application effort was organized and managed by Steve Robertson of Delmas/SJR Vineyard along with seven other wine growers and producers. Dr. Kevin R. Pogue, a professor of geology at Whitman College in Walla Walla, submitted the petition to the TTB.
Dr. Pogue is pleased the growers shared his idea that the AVA be highly uniform with regard to the physical environment within its boundaries. “The concept behind AVAs is to recognize regions that have truly unique growing conditions that are expressed in the wines. I believe we have remained true to that spirit, creating an AVA with the most uniform terroir in the United States,” he said. “The Rocks District lies on one landform, with very uniform topography and climate, and 96-percent of the soils belong to the Freewater soil series.”

The Walla Walla Valley AVA as a whole spans northeastern Oregon to southeastern Washington and has a long agricultural history. A wide variety of crops have been cultivated in The Rocks District since the late 1800s, and in addition to wine grapes the area still produces commercially-grown apples, cherries, prunes and plums. Wines produced from vineyards planted in The Rocks District in the mid-1990s were quickly recognized by wine critics as among the finest in the country.

“Wines from The Rocks District of Milton-Freewater have been earning accolades for years,” said Duane Wollmuth, Executive Director of the Walla Walla Valley Wine Alliance. “The Walla Walla Valley has a proud tradition of growing world-class wine grapes, and this designation will help winegrowers better tell the story of the unique terroir on which their grapes are grown.”

“The Rocks District of Milton-Freewater marks Oregon’s 18th AVA, another important step in designating the distinctive and high-quality wine growing regions within our state,” said Ellen Brittan, chairwoman of the Oregon Wine Board. “By gaining AVA status, producers who grow or source fruit from these vineyards can better differentiate the unique characteristics of their wines.”

“Washington State Wine is excited to collaborate with our partners in the Walla Walla Valley AVA and in Oregon to share the story of The Rocks District of Milton-Freewater,” said Steve Warner, president of Washington State Wine, which promotes awareness of wineries and growers in Washington State and its cross-border AVAs. “This isn’t about state borders. It’s about the Pacific Northwest and our growing reputation as home to world-class wines. We feel this new AVA designation further recognizes the unparalleled terroir of this area.”