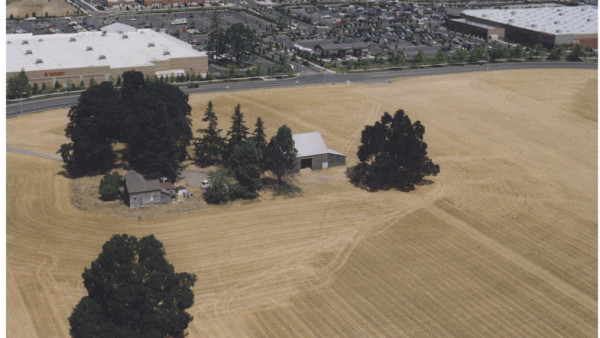 Oregon’s population now tops 4 million people. Whether the continued population increase negatively impacts agriculture remains to be seen, but the state’s land use protections are more important than ever, according to officials with the Oregon Department of Agriculture.

“Two must-haves for Oregon agriculture are land and water,” says ODA Director Katy Coba. “As more people come to live in Oregon, there is likely to be more competition for those natural resources. We simply need to continue protecting our agricultural production base to keep farming viable.”

Portland State University’s Population Research Center estimates Oregon’s population at 4,013,846 people with about 80 percent of the growth coming from net migration. Of the top six fastest growing counties, five are in the Willamette Valley, which is where up to 80 percent of the state’s value of agriculture is generated. The greater Bend area of Central Oregon is another hot spot of population growth in which agricultural production is vulnerable.

“The first thing that comes to mind is that Oregonians are going to have to start making some hard decisions about where growth is going to occur and whether they want to maintain the state’s agricultural base to support our economy,” says Jim Johnson, ODA land use specialist. “Growth, especially in the Willamette Valley, is going to have to be very well thought out and planned with farming in mind, especially high-value agriculture.”

More people living in Oregon is not all potentially negative. It can also mean more local consumers interested in purchasing Oregon food and agricultural products. But Johnson cites several specific impacts on agriculture whenever population increases.

That can lead to co-existence issues and problems with neighboring properties being compatible.

“It’s not just the conversion of farm land that’s a challenge, it is the ability for a farmer to operate,” says Johnson. “It’s that shadow cast by development– complaints from neighbors about normal and acceptable farm practices, the ability to farm with more vehicle traffic in the area, and many other conflicts that have to be taken into account as we look at future land use policy in Oregon.”

Long time farm operators can document how encroaching population has affected their property. Whereas development may have threatened only one side of a farm 10 years ago, that same farm today may face homes or ranchettes on three sides of the property.

Loss of infrastructure, not just farm land, is another major concern for the present and future.

“With fewer farmers and ranchers, you may have fewer implement dealers and other farm-related businesses that serve the agriculture community,” says Johnson. “Instead of driving 20 miles to your local implement dealer, you might have to drive 50 miles.”

There is also the impact on food processing, which relies on a critical mass of growers to support an operation. A lack of farmers to produce the food that is processed could force the business to close or relocate.

Land is not the only natural resource affected by a growing population of Oregonians.

“Seventy to eighty percent of the value of Oregon agriculture comes from farms that do at least some irrigation,” says Johnson. “There will be more competition for that limited resource of water as well as land. I’m routinely hearing anecdotal stories of landowners selling to an individual or corporation that don’t necessarily want to develop the land for agriculture, but to acquire the water right for some other land use. It is imperative for Oregon to consider protecting not only land for agricultural use, but water for agricultural use as well.”

Oregon law establishes the following statewide policy for use of agricultural land (ORS 215.243):

Open land used for agriculture is a vital natural and economic asset for all the people of the state.

Preservation of a maximum amount of agricultural land, in large blocks, is necessary to maintain the agricultural economy of the state and for the assurance of adequate, healthful, and nutritious food.

Expansion of urban development in rural areas is a public concern because of the conflicts between farm and urban activities.

Incentives and privileges are justified to owners of land in exclusive farm use zones because such zoning substantially limits alternatives to the use of rural lands.

Even though the latest Census of Agriculture shows the amount of land in farms in Oregon fell slightly to 16.3 million acres in 2012 compared to the previous census in 2007, Johnson credits Oregon’s 40-year old land use planning program for markedly slowing the rate of decline.

“While we are doing a great job of protecting farmland, we can do better,” he says. “The take home message for Oregonians and policy makers is this– we need to support the land use planning program in place because it really has slowed the loss of ag lands. But we still should be concerned about losing our best farmland and need to look at some of our policies as they relate directly to protection of that land base.”

Oregonians can take a lesson from other states that don’t have the same strong land use protections but have experienced a high percentage of population growth. Since 1982, about 700,000 acres of agricultural land has been converted to other uses at a rate of 4.4 percent, according to a US Department of Agriculture inventory. California has lost 2.6 million acres of agricultural land in that time period at a rate of nearly 8.5 percent.

In the future, using the existing land use tools and adding to the toolbox as needed can help Oregon agriculture co-exist with a growing state population.